0 reviews Write a review
Product ready for delivery, express delivery same day (Dubai), standard delivery next day. FREE DELIVERY All Smartphones.
After we have received your order, the manager will call you and specify the delivery time convenient for you. Cash on delivery.

The Bullets Wireless 2 are OnePlus' new set of wireless earphones. They follow last year's Bullets Wireless, which, although quite good were hardly ever in stock for people to buy. 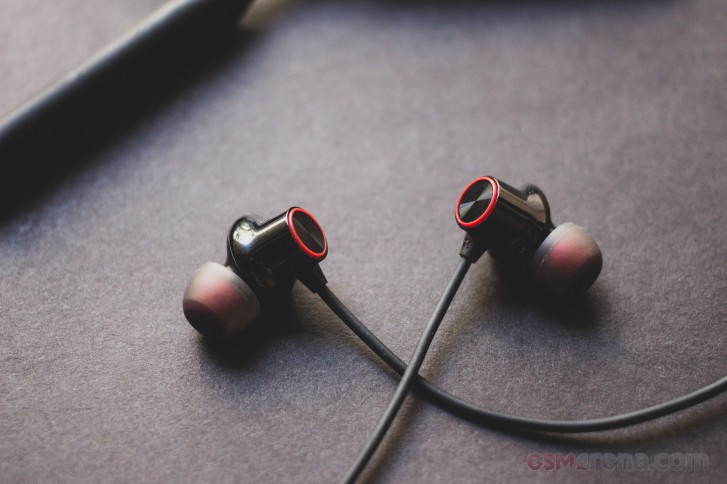 This year we have the promise of better supply so that should be much less of an issue. But apart from that, there are also a few other key changes to talk about so let's get into that first.

The design of the Bullets Wireless 2 is very similar to that of the original Bullets Wireless. It's only when you pay closer attention do you notice all the things that have changed. 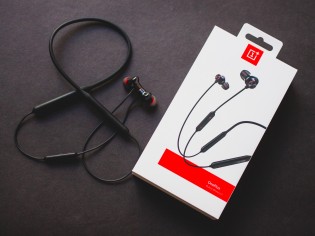 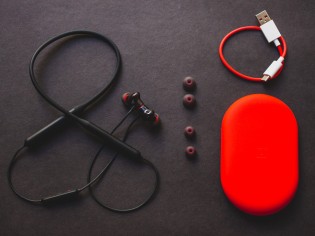 The body of the enclosure is partly polished aluminum alloy and partly plastic. Like the Bullets Wireless, the new model also features the magnetic back that lets you attach the two speakers together to turn them off as they hang from your neck. The magnets are also stronger this time around, so they don't split easily inside your bag or the provided carry case.

The rest of the design is almost unchanged. The Bullets Wireless 2 has the neck band style design that hangs from your neck. The two battery modules - one for each side - are perfectly balanced.

The left module has the USB-C connector for charging, a power+pairing button and a white LED. Further down is the remote control with the play/pause and volume buttons along with the mic. You can also press down on the play/pause button to activate Google Assistant or Siri.

The main changes here is that both the battery modules on either side as well as the remote control unit are longer on the new Bullets Wireless 2 compared to the older model. However, you need to hold them side by side to notice the subtle difference. 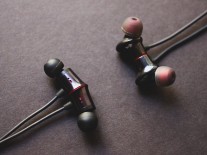 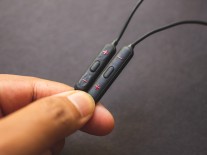 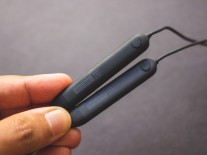 In terms of comfort, the new Bullets Wireless 2 are much better than the original model. While the first ones weren't exactly uncomfortable, the new model has much softer silicone eartips that feel much nicer in your ears and also create a more robust seal. Unlike the last year's model, however, there are no ear fins this time but that's not an issue as they don't fall out of your ears at all.

The design is no longer sweat or splash resistant. Unlike the original model, the Bullets Wireless 2 aren't really meant for use during workouts and more as an everyday pair of earphones.

Like the Bullets Wireless, the new models don't really have any companion software. If you are using a OnePlus smartphone, it will automatically show the popup when you turn them on for the first time to pair quickly. With other devices, you can just press and hold the power button on the earphones to pair.

The software experience with the OnePlus 7 Pro

Since there is no extra software, there are no sound tuning options or firmware updates. Again, on OnePlus phones, you can access the audio presets present in OxygenOS with the earphones but this option is not available on other phones.

The Bullets Wireless 2 will also let you quickly switch from the currently paired device to the last one by simply pressing the pairing button twice.

The sound quality was one of the things that we really liked with the original Bullets Wireless. While not particularly outstanding, the sound was really well tuned considering the price that the earphones were selling for.

The Bullets Wireless 2 are a small but noticeable improvement over its predecessor in this aspect. The new models feature a balanced armature driver (courtesy of Knowles) for the high frequencies and a dynamic driver for everything else. Bullets Wireless 2 also make the jump to aptX HD, which brings with it support for 24-bit audio.

The actual difference in audio quality was more subtle than we expected. The main difference with the new model is an improvement in the high and upper mid frequencies. The original Bullets Wireless had a fairly dark sound with not a lot of detail in the upper mids and highs. The balanced armature design of the Bullets Wireless 2 injects some much needed life in this part of the audio spectrum without overdoing it. 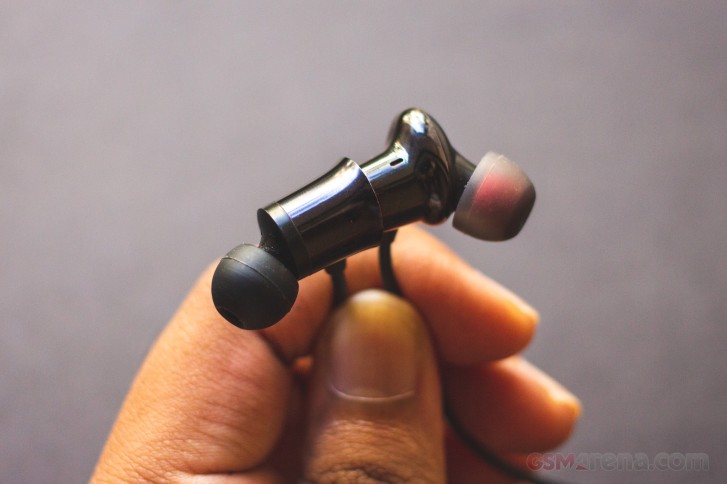 The resultant sound is well balanced, covering all parts of the audible frequency spectrum with equal amount of respect. The low-end also sounds nicer on the new model, but that's more to do with the new ear tips that have a better seal than the thin rubbery ear tips of the previous model.

The only annoyance with the sound is the rather high noise floor. While it's not easily noticeable, especially if you're in noisier environment, it can be easy to pick up when nothing is playing and you're sitting in a quiet room. It's especially noticeable when you plug the earphones in and don't play anything for a while and let the earphones automatically power down a minute later. There is an audible click and the background noise dies completely, which brings it into greater focus than if the earphones had just stayed on.

They also support OnePlus' Warp Charge technology, and with a 10 minute charge you can get around 10 hours of playback.

At $99, the OnePlus Bullets Wireless 2 are almost a no-brainer. The design is reasonably discreet for outdoor use and very comfortable. The sound quality is really good and the battery life is also excellent. 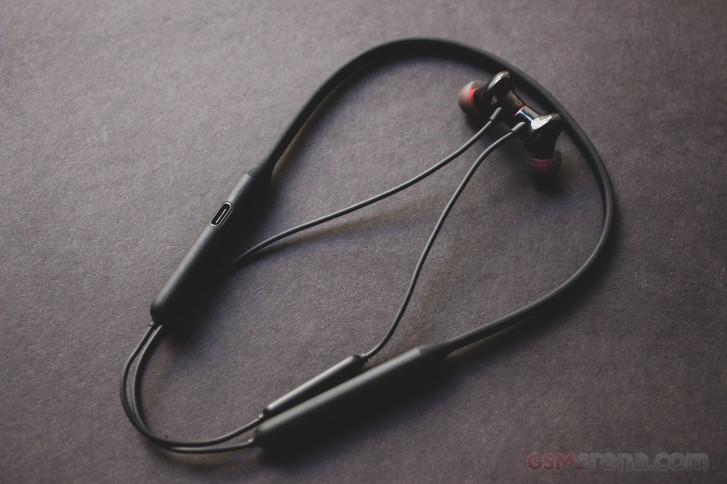 Overall, that's all the boxes you can expect a product in that price range to tick. The only thing we have to wait now is see if OnePlus will indeed have enough stock and not repeat the failure of the original Bullets Wireless, which basically went on sale for a couple of short intervals and were then never seen again.